Earlier this year Spence and I traveled back to Aruba. Unlike our prior visit, this time the endless breakfast buffet included the elusive dragonfruit.

I’m obsessed with the Food Network and have seen dragon fruit pop up now and again yet had never encountered it in the flesh (a little fruit pun, couldn’t help myself).  After gorging on it during our trip, I feared I might not see it again for a long time. Upon returning in June, I stalked the produce departments of every grocery and specialty food store in a one hour radius; not one to be found.  I gave up and moved on.

Not unlike finding a good man, the minute I stopped looking – there is was!  Fat magenta beauties with just enough “give” when softly pressed to make me certain that they were ripe.  I bought three (though I considered buying all of them).

I was giddy with my discovery. I called Spence from the parking lot. Not home. I called Mom exclaiming “I’ve found dragon fruit!”  She was happy for me (what can you say when someone is that excited about a piece of fruit, right?)

These were perfectly ripe, creamy and refreshing, a cross between kiwi and pear in flavor.  They are simply beautiful – and a whole dragon fruit is zero points per Weight Watchers!!  What??? As if I needed more reason to love them.

I’ve since learned that dragon fruit is a type of cactus and comes in three colors – 2 shades of pink and the other yellow.  They are a good source of Vitamin C, phosphorus, calcium, fiber and antioxidants.

The grocery tag on those I purchased says USA though they are mostly grown in Southeast Asia, Mexico, Central and South America and Israel.

Here is a mouth-watering dragon fruit collage for your viewing enjoyment with photos culled from Pinterest!

6 thoughts on “The Joy of Discovery…at the grocery store”

First puzzle in a long while 🧩
First time sitting on new patio, with a glass of wine with this spectacular sunset. ❤️
My world will never be the same. Thank you for being my mom. I’m so broken right now but grateful for every memory of you.
Sunrise

We are “over the rainbow”

In our Sedona garden

Pomegranates in the yard 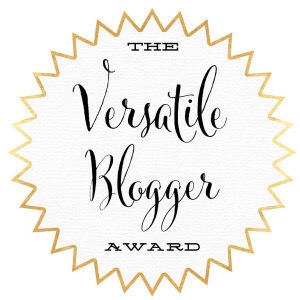